Posted at 07:30h in Workers Compensation by aenriquez 0 Comments
0 Likes

While everyone has been recovering from recent holiday events and the celebration of the New Year, plus paying the resulting bills, a few things happened in the news concerning workers. Let us start with wages.

Additionally, larger companies with more than 15 employees, were to begin providing paid sick time off, of five days each year, starting back on July 1, 2017. This amounts to one hour earned for every 30 hours worked, capped at 40 hours of earned paid sick time in one year. 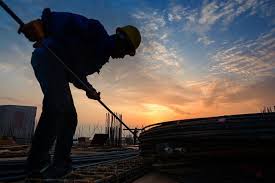 Arizona employers with less than 15 employees, provide one hour paid sick leave for every 30 hours, but can only accrue 24 hours paid sick leave in a year. For both size group of employers, rates of sick leave can be higher, if the employer chooses, but all must provide the minimum amount stated by current law.

You can learn more about the Minimum Wage and Earned Paid Sick Time Ruling here. Scroll down to page 2907 to find the information. Employers must provide workers with annual statements of earned sick leave time accrued, or have it posted on paychecks. You can find out more about this information in an article posted by Zenefits in 2017.

Workers who work in jobs where they receive tips, such as waiters, waitresses, bartenders, valets, hairstylists, and more, earn $8 an hour but must, with tips added in, earn the minimum wage of $11 each hour. If each waiter or waitress in a restaurant did not earn $3 extra in tips per hour, the employer would have to make that up to each employee to meet the standard $11 per hour. You can find out more here.

With higher minimum wages, it also means higher compensation rates if Arizona minimum wage workers are injured on the job. The highest rate that Worker’s Compensation will pay out per month to an injured worker in 2019 is now $4,741.57, up from $4,624.92 in 2018.

While statistics for workplace injuries and deaths have not been published yet for 2018, here are some numbers you may want to know. There were 90 work-related deaths in 2017, up from 77 in 2016, with transportation incidents cited as the leading cause at 37 fatalities for 2017.

The second leading cause of work-related fatalities was violence and other injuries caused by persons or animals (22 percent of 90), and none were listed as shootings by another person. The third leading cause of death of 12 workers in 2017 was from falls, slips, or trips over objects. You can find out more statistics for fatal and non-fatal injuries by going to the Industrial Commission of Arizona (ICA) website and selecting the links you want to review.

If you have had a work-related injury and need help, call us at once for a consultation.